Posted by bensor on Thursday, 05 April 2012 in Earth Violators 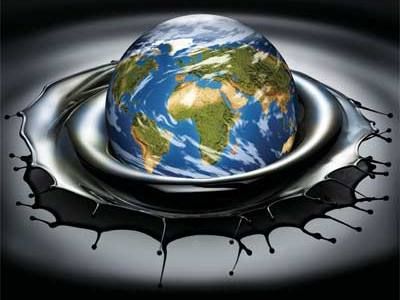 The “curse” of oil wealth is a well-known phenomenon in Third World petro-states where millions of lives are wasted in poverty and the environment is ravaged, while tiny elites rake in the energy dollars and corruption rules the land.  Recently, North America has been repeatedly hailed as the planet’s twenty-first-century “new Saudi Arabia” for “tough energy” -- deep-sea oil, Canadian tar sands, and fracked oil and natural gas.  But here’s a question no one considers: Will the oil curse become as familiar on this continent in the wake of a new American energy rush as it is in Africa and elsewhere?  Will North America, that is, become not just the next boom continent for energy bonanzas, but a new energy Third World?

Once upon a time, the giant U.S. oil companies -- Chevron, Exxon, Mobil, and Texaco -- got their start in North America, launching an oil boom that lasted a century and made the U.S. the planet’s dominant energy producer.  But most of those companies have long since turned elsewhere for new sources of oil.

Eager to escape ever-stronger environmental restrictions and dying oil fields at home, the energy giants were naturally drawn to the economically and environmentally wide-open producing areas of the Middle East, Africa, and Latin America -- the Third World -- where oil deposits were plentiful, governments compliant, and environmental regulations few or nonexistent.

Here, then, is the energy surprise of the twenty-first century: with operating conditions growing increasingly difficult in the global South, the major firms are now flocking back to North America. To exploit previously neglected reserves on this continent, however, Big Oil will have to overcome a host of regulatory and environmental obstacles.  It will, in other words, have to use its version of deep-pocket persuasion to convert the United States into the functional equivalent of a Third World petro-state.

Knowledgeable observers are already noting the first telltale signs of the oil industry’s “Third-Worldification” of the United States.  Wilderness areas from which the oil companies were once barred are being opened to energy exploitation and other restraints on invasive drilling operations are being dismantled.  Expectations are that, in the wake of the 2012 election season, environmental regulations will be rolled back even further and other protected areas made available for development.  In the process, as has so often been the case with Third World petro-states, the rights and wellbeing of local citizens will be trampled underfoot.

Welcome to the Third World of Energy

Up until 1950, the United States was the world’s leading oil producer, the Saudi Arabia of its day. In that year, the U.S. produced approximately 270 million metric tons of oil, or about 55 percent of the world’s entire output. But with a postwar recovery then in full swing, the world needed a lot more energy while America’s most accessible oil fields -- though still capable of growth -- were approaching their maximum sustainable production levels.  Net U.S. crude oil output reached a peak of about 9.2 million barrels per day in 1970 and then went into decline (until very recently).

This prompted the giant oil firms, which had already developed significant footholds in Indonesia, Iran, Saudi Arabia, and Venezuela, to scour the global South in search of new reserves to exploit -- a saga told with great gusto in Daniel Yergin’s epic history of the oil industry, The Prize. Particular attention was devoted to the Persian Gulf region, where in 1948 a consortium of American companies -- Chevron, Exxon, Mobil, and Texaco -- discovered the world’s largest oil field, Ghawar, in Saudi Arabia.  By 1975, Third World countries were producing 58 percent of the world’s oil supply, while the U.S. share had dropped to 18 percent.

Environmental concerns also drove this search for new reserves in the global South. On January 28, 1969, a blowout at Platform A of a Union Oil Company offshore field in California’s Santa Barbara Channel produced a massive oil leak that covered much of the area and laid waste to local wildlife. Coming at a time of growing environmental consciousness, the spill provoked an outpouring of public outrage, helping to inspire the establishment of Earth Day, first observed one year later. Equally important, it helped spur passage of various legislative restraints on drilling activities, including the National Environmental Policy Act of 1970, the Clean Water Act of 1972, and the Safe Drinking Water Act of 1974. In addition, Congress banned new drilling in waters off the Atlantic and Pacific coasts and in the eastern Gulf of Mexico near Florida.

During these years, Washington also expanded areas designated as wilderness or wildlife preserves, protecting them from resource extraction. In 1952, for example, President Eisenhower established theArctic National Wildlife Range and, in 1980, this remote area of northeastern Alaska was redesignated by Congress as the Arctic National Wildlife Refuge (ANWR). Ever since the discovery of oil in the adjacent Prudhoe Bay area, energy firms have been clamoring for the right to drill in ANWR, only to be blocked by one or another president or house of Congress.

For the most part, production in Third World countries posed no such complications. The Nigerian government, for example, has long welcomed foreign investment in its onshore and offshore oil fields, while showing little concern over the despoliation of its southern coastline, where oil company operations have produced a massive environmental disaster. As Adam Nossiter of the New York Times described the resulting situation, “The Niger Delta, where the [petroleum] wealth underground is out of all proportion with the poverty on the surface, has endured the equivalent of the Exxon Valdez spill every year for 50 years by some estimates.”

As vividly laid out by Peter Maass in Crude World, a similar pattern is evident in many other Third World petro-states where anything goes as compliant government officials -- often the recipients of hefty bribes or other oil-company favors -- regularly look the other way. The companies, in turn, don’t trouble themselves over the human rights abuses perpetrated by their foreign government “partners” -- many of them dictators, warlords, or feudal potentates.

But times change.  The Third World increasingly isn’t what it used to be.  Many countries in the global South are becoming more protective of their environments, ever more inclined to take ever larger cuts of the oil wealth of their own countries, and ever more inclined to punish foreign companies that abuse their laws. In February 2011, for example, a judge in the Ecuadorean Amazon town of Lago Agrio ordered Chevron to pay $9 billion in damages for environmental harm caused to the region in the 1970s by Texaco (which the company later acquired).  Although the Ecuadorians are unlikely to collect a single dollar from Chevron, the case is indicative of the tougher regulatory climate now facing these companies in the developing world.  More recently, in a case resulting from an oil spill at an offshore field, a judge in Brazil has seized the passports of 17 employees of Chevron and U.S. drilling-rig operator Transocean, preventing them from leaving the country.

In addition, production is on the decline in some developing countries like Indonesia and Gabon, while others have nationalized their oil fields or narrowed the space in which private international firms can operate. During Hugo Chávez’s presidency, for example, Venezuela has forced all foreign firms to award a majority stake in their operations to the state oil company, Petróleos de Venezuela S.A.  Similarly, the Brazilian government, under former President Luiz Inácio Lula da Silva, instituted a rule that all drilling operations in the new “pre-salt” fields in the Atlantic Ocean -- widely believed to be the biggest oil discovery of the twenty-first century -- be managed by the state-controlled firm, Petróleo de Brasil (Petrobras).

Fracking Our Way to a Toxic Planet

Such pressures in the Third World have forced the major U.S. and European firms -- BP, Chevron, ConocoPhillips, ExxonMobil, Royal Dutch Shell, and Total of France -- to look elsewhere for new sources of oil and natural gas.  Unfortunately for them, there aren’t many places left in the world that possess promising hydrocarbon reserves and also welcome investment by private energy giants. That’s why some of the most attractive new energy markets now lie in Canada and the United States, or in the waters off their shores.  As a result, both are experiencing a remarkable uptick in fresh investment from the major international firms.

Both countries still possess substantial oil and gas deposits, but not of the “easy” variety (deposits close to the surface, close to shore, or easily accessible for extraction).  All that remains are “tough” energy reserves (deep underground, far offshore, hard to extract and process). To exploit these, the energy companies must deploy aggressive technologies likely to cause extensive damage to the environment and in many cases human health as well.  They must also find ways to gain government approval to enter environmentally protected areas now off limits.

The formula for making Canada and the U.S. the “Saudi Arabia” of the twenty-first century is grim but relatively simple: environmental protections will have to be eviscerated and those who stand in the way of intensified drilling, from landowners to local environmental protection groups, bulldozed out of the way.  Put another way, North America will have to be Third-Worldified.

Consider the extraction of shale oil and gas, widely considered the most crucial aspect of Big Oil’s current push back into the North American market. Shale formations in Canada and the U.S. are believed to house massive quantities of oil and natural gas, and their accelerated extraction is already helping reduce the region’s reliance on imported petroleum.

Both energy sources, however, can only be extracted through a process known as hydraulic fracturing (“hydro-fracking,” or just plain “fracking”) that uses powerful jets of water in massive quantities to shatter underground shale formations, creating fissures through which the hydrocarbons can escape. In addition, to widen these fissures and ease the escape of the oil and gas they hold, the fracking water has to be mixed with a variety of often poisonous solvents and acids. This technique produces massive quantities of toxic wastewater, which can neither be returned to the environment without endangering drinking water supplies nor easily stored and decontaminated.

The rapid expansion of hydro-fracking would be problematic under the best of circumstances, which these aren’t.  Many of the richest sources of shale oil and gas, for instance, are located in populated areas of Texas, Arkansas, Ohio, Pennsylvania, and New York. In fact, one of the most promising sites, the Marcellus formation, abuts New York City’s upstate watershed area.  Under such circumstances, concern over the safety of drinking water should be paramount, and federal legislation, especially the Safe Drinking Water Act of 1974, should theoretically give the Environmental Protection Agency (EPA) the power to oversee (and potentially ban) any procedures that endanger water supplies.

However, oil companies seeking to increase profits by maximizing the utilization of hydro-fracking banded together, put pressure on Congress, and managed to get itself exempted from the 1974 law’s provisions. In 2005, under heavy lobbying from then Vice President Dick Cheney -- formerly the CEO of oil services contractor Halliburton -- Congress passed the Energy Policy Act, which prohibited the EPA from regulating hydro-fracking via the Safe Drinking Water Act, thereby eliminating a significant impediment to wider use of the technique.