Posted by ep-admin on Wednesday, 02 February 2011 in Climate Change

The extremely cold and snowy winter of 2010-2011 may be challenging the core case of global warming.  The earth is warming, the greenhouse gases are rising, and the oceans are rising… Right?  This is a long-lasting debate that stirs extreme emotion from both sides of the political isle, whether it be called ‘Global Warming’ or ‘Climate Change.’  Regardless of which side you believe, there has to be an ongoing thought somewhere in the back of most minds of the world’s population… What if it is all just normal climate patterns?  More importantly, what if it is all a sham?  If you have been in most of the United States or Northern Europe this year, the questions may be even more present.

Before you blast this or endorse this, this is an altruistic inquiry.  A report out today is telling you what you may have already guessed: this is one of the coldest winters in years. It may be the coldest back into the 1980′s, or it could even go all the way back to the 1910′s.  If you have watched financial and breaking news around hurricane season, chances are that you have run across Joe Bastardi as the Chief Long Range Forecaster at Accuweather.com.  His report is actually calling for next winter to be worse than this winter and three or four of the next five winters could be just as cold as this winter. 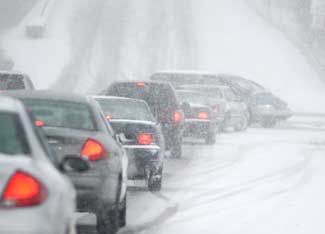 Bastardi’s prediction gets even more extreme.  The trends from La Niña and the trends that follow in the years after support his belief.  The long-term issue is a very unusual call: the long-term climate will turn colder over the next 20 to 30 years. A voiced concern of Bastardi’s is that this much colder trend in the winters ahead will act as further financial strain on families due to higher heating bills.  The report also shows that Joe Bastardi sees global temperatures in the next 20 to 30 returning back to where they were in the 1970s.

It sounds like ski boots and deicing salt may remain better sellers in Colorado in the years ahead versus swimsuits… if Bastardi is right.