Posted by EarthDude on Monday, 06 June 2011 in Climate Change

Washington Should Lead on Climate Change

Over the next two weeks, representatives from 194 nations will meet in Bonn, Germany, to push forward a deal to stabilize the global climate and help poor countries address the inevitable changes that global warming brings. 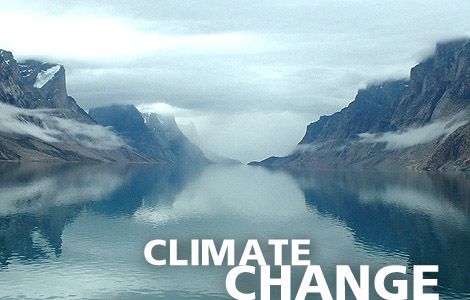 "All of America cares deeply about them and that we are going to do absolutely everything we can to make sure that they recover," President Barack Obama said about the many uprooted the families of Joplin, Missouri, the town where tornadoes killed more than 138 people. But he has failed to mention the most important thing America can do to prevent further extreme weather events: act on climate change by reducing our greenhouse gas emissions.

The Obama administration has a chance to correct that mistake. Over the next two weeks, representatives from 194 nations will meet in Bonn, Germany, to push forward a deal to stabilize the global climate and help poor countries address the inevitable changes that global warming brings.

The United States must show that it cares deeply about all of its citizens, and people around the world, by encouraging countries to take on new commitments to reduce greenhouse gas emissions under the Kyoto Protocol -- the global climate change treaty.

In addition, Washington must make good on its promise, articulated by Secretary of State Hillary Clinton at the Copenhagen Summit of 2009, to help mobilize $100 billion per year to help poorer nations adapt to climate change, and help them transition to environmentally sustainable economic development. In Bonn, State Department Special Envoy Todd Stern should heed his own words to the House Committee on Foreign Affairs on May 25 that an investment in developing country action is "very much in our national interest" and put concrete proposals on the negotiating table that would capitalize the newly created Green Climate Fund.

The World Bank estimates that every dollar spent today saves seven dollars in disaster prevention. And Nicholas Stern, who led the team that produced the 2006 Stern Review Report on the Economics of Climate Change, demonstrated that paying to reduce emissions early can save billions of dollars in the long run.

The money for this investment in our future is at our fingertips now through innovative mechanisms such as a levy on financial transactions. In the U.S. alone, a tiny tax on trades of stocks, bonds, futures and other derivatives could raise $177 billion per year, a portion of which could go toward building the green economy at home and climate change programs in less developed countries.

The United States still has a chance to be a leader and show the world that we not only care about recovering from disasters, but we also care about averting them. And if we can't lead, we should not impede progress: If the Obama administration isn't willing to help broker a deal that matches the reality of climate science with the needs of communities most affected by -- but least responsible for -- climate change, then it should get out of the way and let the rest of the world tackle this crisis without delay.