Posted by Angel on Wednesday, 29 August 2012 in Wildlife Conservation 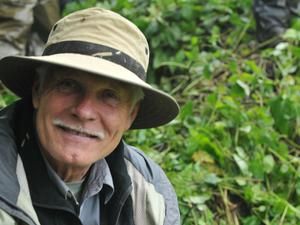 The gift has allowed the organization to create several new field sub-stations to monitor indigenous eastern lowland gorillas in the area and employ more than 25 local trackers to follow their movements.

However, because the lowland gorillas are not used to having researchers study and track them, it’s been difficult following them, said Erika Archibald, the communications director at the Fossey Fund.

“It’s almost like we’re doing what Dian Fossey did 40 years ago, getting the gorillas to adapt to a human presence,” Dr. Archibald said.

The fund wants to track the gorillas because those that are regularly monitored are much less likely to be killed by poachers via snares, said Veronica Vecellio, the coordinator of the gorilla research program at the DFGFI’s Karisoke Research Center in Rwanda, at Mr. Turner’s announcement in March.

Poaching has become increasingly common in several central African countries as a food source and commodity.

And although current fighting in nearby areas in Rwanda and the Democratic Republic of the Congo has made the organization consider pulling out some of its researchers, their work has thus far continued unaffected and will continue to proceed as normal, Dr. Archibald predicted.

With the new funds, Mrs. Vecellio said it was the organization’s obligation to expand its protection to the eastern lowland gorillas.

“We have the responsibility and the commitment to continue our monitoring,” Dr. Vecellio said. “Now that we have a new gorilla group … we really wish to use new funds to increase our field operations.”

Mr. Turner has long been known for his active philanthropy and environmental work, even making a visit to the DRC to inspect the gorilla conservation work of the Fossey Foundation at the Virunga National Park in 2009.

His donation was the largest single gift the organization has ever received, according to Clare Richardson, president and CEO of the Fossey Foundation.

The DFGFI is based out of Zoo Atlanta, which also hosts 24 gorillas, the single largest collection in the country.

The organization came to the zoo in 1995 at the behest of Terry Maple, then director of Zoo Atlanta who is largely credited with restoring the zoo’s international reputation.

Since the move, the zoo has been able to expand its research on both the gorillas housed locally and the gorillas monitored by DFGFI in Africa.

For example, both organizations support Tara Stoinski, an Atlanta-based primatologist and the DFGFI’s lead researcher that focuses on primate cognition, social behavior and reproductive strategies in the wild.

In addition to its community-managed reserves and national parks in the Democratic Republic of Congo, the DFGFI maintains a staff of scientists, trackers and anti-poaching patrols in Rwanda’s Volcanoes National Park, which is where they operate the Karisoke Research Center.

In January, DFGFI named Felix Ndagijimana as the center’s director, the first-ever Rwandan national to hold the position, on the would-be 80th birthday of Dian Fossey.