Posted by MarkESackett on Monday, 18 March 2013 in Water Conservation 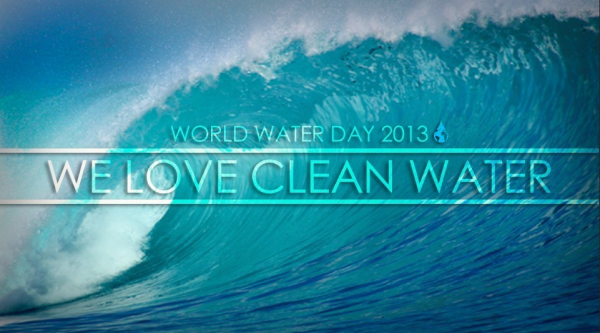 The United States is one of the world's biggest users of water—many Americans use as much water as approximately 900 Kenyans. As a result, water resources in the U.S. are shrinking. In the last five years, there have been water shortages in almost every part of the country, including the worst drought in at least 25 years, which hit 80 percent of the country's farmland in 2012. Even worse, the damaged land won't fully recover this year, and at least 36 states are expecting local, regional, or statewide water shortages, even without drought.

The Natural Resources Defense Council expects water scarcity to affect the American South, West, and Midwest the most. Fourteen states in these regions already have "extreme" or "high" risk of water scarcity. Arizona, Florida, Idaho, Nevada, and Texas face the most danger because they are expected to see some of the largest increases in population by 2030. Water scarcity is about more than lack of water, it's about lack of drinkable water. It is estimated that as many as 53.6 million Americans have contaminated tap water.

But as eaters and consumers, we can profoundly reduce water waste and water consumption through the food choices we make. Recent research from the Barilla Center for Food & Nutrition (BCFN) shows that a healthful diet and environmentally sustainable diet can go hand in hand.

Here are five steps to save water in the United States:

Eating a little less meat. Switching from a meat-centered weekly menu to a diet rich in vegetables and grains could save 2,500 liters of water a day! And eating grass-fed and locally-raised meat, eggs, and dairy products can also save water.

Steam veggies instead of boiling. In general, steaming vegetables uses less water than boiling, and according to a study in the Journal of Food Quality, it is more nutritious. For example, boiling corn on the cob in a large pot may use 6-8 quarts of water, whereas steaming only uses 1-2 quarts. If you must boil, save the water for your garden, soup stock, or use it to clean pots.

Provide support for small-scale, family farms. Agricultural subsidies in the United States disproportionately support large-scale agribusinesses over the small-scale producers who are more likely to be engaged in sustainable food production, and may be challenged by drought or commodity price fluctuations. Changes in government support services could reduce this deficit and improve food and water security.

Streamline water use in home gardens. During the summer months, the U.S. Environmental Protection Agency (EPA) reports that nearly 40 percent of household water is used for watering lawns and gardens. National Geographic suggests incorporating native plants into your garden that are adapted to the local climate and often require less water. Manually watering plants, instead of using automatic sprinklers, cuts water use by 33 percent, according to a report by the EPA. Consumers can also buy self-watering planters, or construct rain barrels that can save you up to 1,300 gallons of water.

Reduce food waste. The U.N. Food and Agriculture Organization reports that nearly one third of all food produced for human consumption is wasted throughout production, storage, transportation, consumption and disposal. Learn about your food's shelf life and how long you can store food in your freezer. Other ways to reduce food waste are only buying what you plan to eat, using leftovers to create new meals or donating food you can't use to soup kitchens.

It's more important than ever that this World Water Day Americans find ways to save every drop.

Danielle Nierenberg is a food and agriculture expert and co-founder of Food Tank: The Food Think Tank (www.FoodTank.org).