Posted by EarthDude on Friday, 06 December 2013 in Oil Spill 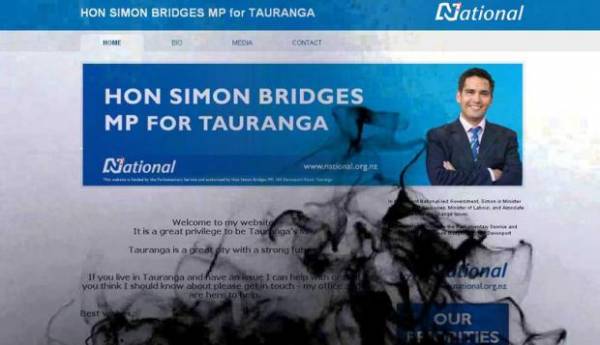 The environmental organisation has created an identical website to the Energy and Resources Minister's official government page, and when entered, black oil slowly spills over the screen.

A message from Greenpeace then reads: "That was just a bit of fun, but a real oil spill wouldn't be.

"Drilling rights in the very deep ocean surrounding New Zealand are being sold off to big oil companies.

The MP said the permits represent about $62 million in committed expenditure on initial exploration, and if successful, it could lead to further exploration work worth up to $720 million.

"I believe most New Zealanders are in favour of what we are doing," Mr Bridges said yesterday.

Exploratory drilling by oil giant Anadarko off the coast of Raglan has already sparked thousands to protest around the country.