Posted by Tiny on Monday, 10 March 2014 in Climate Change 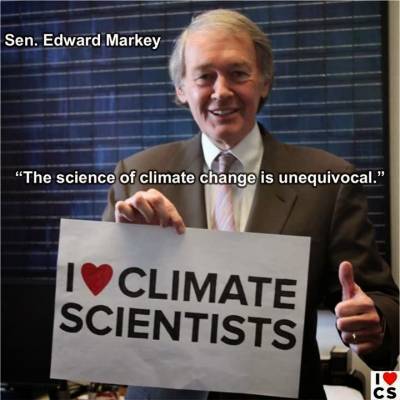 More than two dozen Democratic senators will take to the Senate floor on Monday for an all-night session of speeches on climate change.

The marathon session will get underway after the last vote on Monday night and could last until 9am on Tuesday, Senate staff said.

The high visibility all-nighter was organised by a new initiative, the Climate Action Task Force, which is trying to galvanise support for Barack Obama's climate change agenda.

The Senators said they would be tweeting throughout the night, using the hashtag #Up4Climate.

"Climate change is real, it is caused by humans, and it is solvable," Brian Schatz, Democratic senator from Hawaii, said in a statement. "Congress must act. On Monday night we are going to show the growing number of senators who are committed to working together to confront climate change."

The leading Republican in the Senate, minority leader Mitch McConnell of Kentucky, said at the weekend he doubted the existence of climate change.

"For everybody who think it's warming, I can find somebody who thinks it isn't," McConnell told the Cincinnati Enquirer. He then said he opposed US action on climate change. "Even if you conceded the point, which I don't concede, but if you conceded the point, it isn't going to be addressed by one country. So the idea is, we tie our own hands behind our back and others don't. I think it's beyond foolish and real people are being hurt by this."

But there is a perceptible change in the Obama administration's willingness to public embrace climate change as an important political issue.

Administration officials – led by Obama himself – have been much more vocal about climate change in his second term, and the Environmental Protection Agency is pushing on with regulations to limit carbon dioxide emissions from power plants, the single largest source of climate pollution.

John Kerry, the secretary of state, reaffirmed on Friday he wants to make climate change his signature issue.

The Pentagon also reaffirmed last week that it saw climate change as a threat to military installations.

Some of the 28 senators taking to the floor on Monday night have been working for years to try to get climate change legislation through the Senate, including the Masschusetts Democrat Ed Markey, who was co-author of a 2009 bill.

But there will also be some newcomers on Monday night, as well as a number of senior Democratic senators, such as Nevada's Harry Reid and New York's Charles Schumer, who have been reluctant to take up climate change.

As might be expected, no Republican senators signed on to the new initiative. A number of energy-state Democrats are also staying away, such as Robert Casey of Pennsylvania, Mary Landrieu of Louisiana and Mark Begich of Alaska. Mark Warner of Virginia who is up for election in 2014 was also not on the list of participating senators.