Posted by amir on Saturday, 22 March 2014 in Water Conservation

Countries Across the Globe have Observed World Water Day 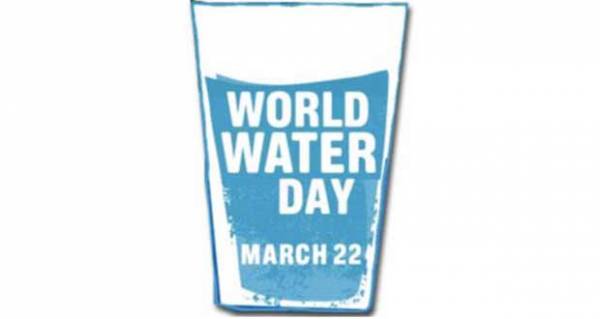 For more than 20 years, countries across the globe have observed World Water Day on March 22 to draw attention to the precious nature of the world's water supply.

To mark World Water Day, the United Nations is highlighting the key role that water and energy play in economic development and the eradication of poverty worldwide, and calling for strong measures to ensure their efficient and equitable use.

In his message for the Day, focused this year on the interdependence between the management of water and energy, Secretary-General Ban Ki-moon noted that “they interact with each other in ways that can help – or hinder – our efforts to build stable societies and lives of dignity for all.”

According to the 2014 World Water Development Report, which was released earlier in the week by the UN Educational, Scientific and Cultural Organization (UNESCO) and UN Water, some 768 million people do not have access to an improved source of water, and 2.5 billion do not have access to appropriate sanitation.

The report further reveals that places where people do not have adequate access to water largely coincide with those where people have no electric power.

It goes on to describe the various ways in which water and energy relate to each other, explaining, for example, that energy is needed for the collection, transportation and treatment of water, and that at the same time, water is required in the production and extraction of fossil fuels. Likewise, droughts make energy shortages worse, while lack of electricity reduces farmers' ability to irrigate their fields.

“On World Water Day, let us pledge to develop the policies needed to ensure that sustainable water and energy are secured for the many and not just the few,” said the UN chief.

The International Fund for Agricultural Development (IFAD) estimates that approximately 70 per cent of the world's water resources are used for agriculture and warns that by 2025 two-thirds of the population could struggle to get access to this resource.

Warning about climate change and its worsening effects on water scarcity in many regions, Mr. Ban called for a sustainable and just use of this vital natural resource: “Water must be used – and electricity must be generated and distributed – equitably and efficiently, so all users get a fair share.”

Noting that these goals are in line with UN-Water and the Sustainable Energy for All initiative, the UN chief added that they are also “crucially important elements in our discussions on the post-2015 development agenda.”

On a similar note, UN Special Rapporteur on the human right to safe drinking water and sanitation, Catarina de Albuquerque, stresses in a press release that “ill-thought out allocation of water has a disproportionate effect on the poorest sectors of society” and that “it is crucial that Governments apply a human rights framework to guide their actions.”

“People should not have to spend such a big part of their household income on securing water that their access to other human rights, such as the rights to food or health care is undermined,” Ms. De Albuquerque says, declaring: “Governments have a crucial role to play in making sure that increased electricity and water demands do not impose a disproportionate or unfair burden on the poor, and that water allocation prioritizes water for human consumption.”

For her part, UNESCO Director-General Irina Bokova emphasized that “improving access to freshwater is about enabling millions of girls to go to school instead of walking kilometres to fetch water. It is about improving maternal health, curbing child mortality, and preserving the environment.”

“We need to better understand the complex interactions between resources that are closely interlinked, such as water, food and energy. And we must acknowledge that it is impossible to manage these resources sustainably if we treat them in isolation” she said, adding: “There is enough water in the world for everyone. What we continue to lack is better governance and the collective courage to craft fair compromise solutions.”

UNICEF estimates that 1,400 children under five die every day from diarrhoeal diseases due to lack of safe water, and adequate sanitation and hygiene.