Posted by drlfoep on Wednesday, 16 April 2014 in Climate Change 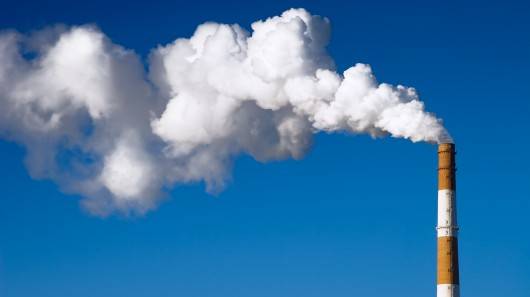 BERLIN—Global greenhouse emissions are skyrocketing. Emissions cuts required to avoid dangerous impacts of climate change are steep. And despite decades of talk, world governments have made paltry efforts to address the problem.

That’s the grim picture painted by a major report on mitigating greenhouse gas emissionsreleased today by the Intergovernmental Panel on Climate Change (IPCC).

“There is a clear message from science: To avoid dangerous interference with the climate system, we need to move away from business as usual,” said Ottmar Edenhofer, an energy expert at the Potsdam Institute for Climate Impact Research in Germany, who was a co-chair of the roughly 500-page report, in a statement.

The report also describes the daunting work required to sidestep climate dangers, says energy expert Ken Caldeira of the Carnegie Institution for Science in Stanford, California. “To greatly reduce [carbon dioxide] emissions, we must revolutionize our systems of energy production and consumption,” he says. And that’s a “long, hard, and costly undertaking.”

Several years in the making, the document is the third part of a three-part “assessment” of scientific literature since 2007, when IPCC last published its last round of voluminous assessment reports. IPCC released the first part, on climate science, in September 2013; the second report, on impacts of climate change, came out last month.

Economists have compared the task of lowering the world economy’s carbon footprint—now the equivalent of about 50 billion tons of carbon dioxide per year—to turning a cruise ship. But the report says the ship is firing full steam ahead. Emissions in the first decade of this century were higher than the previous 3 decades, the report notes. “[T]he main contributors to emission growth were a growing energy demand and an increase of the share of coal in the global fuel mix,” the report’s summary says.

From 2000 to 2010, world economies became more efficient in their use of energy, the report notes. That efficiency would have reduced global emissions by the equivalent of 3 billion tons of carbon dioxide over that time period, except that population grew steadily and energy use became more carbon intensive; the net result was an equivalent of 7 billion more tons of emissions in that decade than during the previous one.

“There’s nothing that’s happened recently that suggests that we’re coming down,” Leon Clarke, an economist at the U.S. Department of Energy’s Pacific Northwest National Laboratory in Richland, Washington, told reporters in a conference call. Clarke is one of the report’s authors.

The report includes a variety of pathways to a more stable climate system by 2100, include aggressive paths that give the planet a shot to stay under an additional 2°C of warming, roughly equivalent to a carbon dioxide concentration of 450 parts per million (ppm). The concentration now is about 400 ppm. “The stabilization of greenhouse gas concentrations at low levels requires a fundamental transformation of the energy supply system,” the summary of the report says.

Zero carbon power in the form of renewables is a central part of the equation, the report says. It identifies four key technologies for achieving aggressive emissions reductions goals: nuclear power, energy efficiency, biofuels, and biomass energy with carbon capture and storage, known as BECCS.

But tackling global emissions on such a massive scale will be pricey, the report finds. “A new element in this report is noting that BECCS could become important later this century if we are to stabilize atmospheric CO2 levels at 450 ppm or below,” Caldeira notes. “This says as much about the high cost of reaching these low stabilization levels as it does about the relatively low cost of BECCS. In most of the scenarios where BECCS plays a large role, the cost of [carbon dioxide] emissions rises to several hundred dollars per ton [of carbon dioxide].”

Activists organizations, meanwhile, have sought to spin aspects of the report that suggest a glimmer of hope for a healthier atmostphere. “It is not too late to limit warming to less than 2°C – or even 1.5°C with less certainty – the levels beyond which risks start to accelerate substantially. But we have to stay within a limited carbon budget that is shrinking fast,” said Greenpeace in a prepared statement.