Posted by ruthfountain on Monday, 28 April 2014 in Climate Change 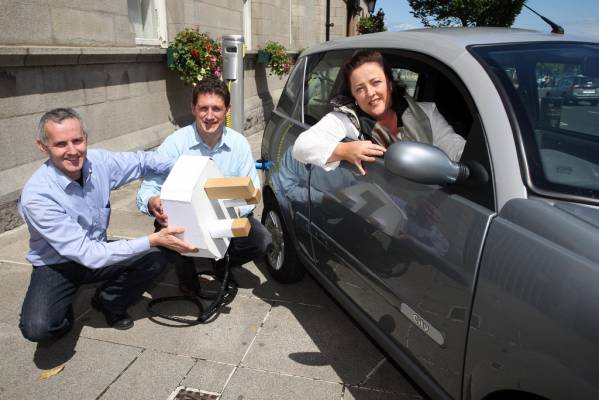 Following the news that the European Commission has launched legal proceedings against the UK for failing to deal with air pollution, it should be asked if businesses are doing their bit to combat the high levels of pollution in the UK.

The UK are being taken to court and face fines of up to £300 million a year for failing to reach EU limits on air pollution. The EU believes pollution causes up to 29,000 early deaths every year. So what are the pollutants involved and how can they be reduced?

In short, the villain of air pollution is diesel cars. Whilst diesel provides more bang for the buck in that it’s around 25-30% better on fuel economy than petrol and hybrid vehicles, it’s emits a drastic amount of nitrogen oxides into the atmosphere. Diesel cars also haven’t improved in urban areas for a decade in terms of emissions. However, petrol cars emit about four-tenths as much oxides as a car made 10 or 12 years ago.

The logic is fairly clear – what measures can transport and distribution companies take to help with emissions? Steps have already been taken in London to ensure that from 2018 all new London taxis ‘presented for licensing should be zero-emission capable.’ However, this does not address the older taxis that will not be capable of zero emissions. Is it time, therefore, for companies to put the environment ahead of profits before it comes back to bite them via government legislation?

If a private taxi company or bus fleet ensured that all their vehicles emit as little pollution as possible this would reduce profit margins but would also result in good press, especially when accompanied with the ISO 14001 certification, which demonstrates that a company are doing their utmost to reduce their environmental impact and adhere to any present and future legislation regarding emissions. With the UK government committed to introducing energy efficient measures for businesses and reducing greenhouse gas emissions by 2050, it’s advisable to get some good press by staying ahead of these measures and standing out from the crowd, rather than being hit by legislation in the future.

One example of this is the Japanese shipping line Kawasaki Kisen Kaisha Ltd. (also known as K-Line) ordering a vessel with an engine installed that cuts nitrogen oxide emissions. Whilst this adds around 10% to the cost of the vessel, K-Line have ensured that they stay ahead of regulations set to be introduced in 2015 by the United Nations’ shipping division, the International Maritime Organisation, that aim to cut greenhouse gas emissions that result from world shipping.

Whilst government intervention regarding emissions is inevitable, it’s time for businesses to take the initiative, as doing so now could result in more flexible measures being imposed in the future.