Posted by jonehopp on Sunday, 04 October 2015 in Climate Change

Godzilla Niño and the Blob 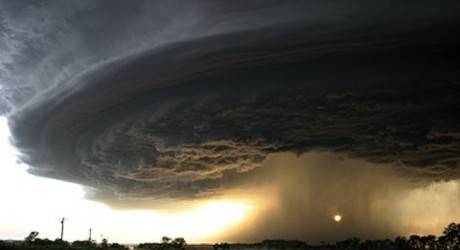 With our planet's temperature baseline ever rising, it is only a matter of time before we experience global weather patterns of outrageous proportion. The warmer it gets, the greater the risks become. Warmer temperatures add energy to earth's environmental systems creating extremes that far outpace the temperature increase because of feedbacks.

About 90 percent of heat generated from greenhouse gases is absorbed by our oceans.

Because ocean currents are driven by winds, earth's spin and unequal heating between the equator and the poles, heat is buried as warm surface water currents are obstructed and driven into the abyss. As warm water is buried, cold deep water surfaces in other areas.

It is this complicated interplay of winds, currents, density, gravity and changing wind structure on a warming planet that is quite likely interacting with ocean currents worldwide and changing the way our planet's climate behaves.

Unprecedented warming across huge expanses of the Pacific Ocean. But is this just another meaningless coincidence of nature?

In 1998, we had what the experts call a Super El Niño. El Niño (warm phase) and La Niña (cool phase) are currently recognized as the most impactful of ocean cycles, with impacts arising across the globe.

The '98 Super El Niño was bigger than anything ever recorded and it caused a spike in earth's temperature of about 0.17 degrees. This spike was a full 25 percent of all warming we have experienced globally since the turn of the 20th century. Now we have a new Super El Niño and this one is bigger than in 1998.

Comparing the Super El Niño to the Godzilla Niño, in just the equatorial region, Super El Niño in 1997/98 could be a bit larger, but the next image below compares sea surface elevation. This additional metric is another indication of Niño strength and plainly shows Godzilla to be the king of Los Niños. What sea surface height does not show is the widespread significantly abnormal warmth across the North Pacific in the image above. This is "the Blob," as scientists are calling it. It is probably associated with a decades-long warm/cool North Pacific Ocean cycle called the Pacific Decadal Oscillation and it too is unlike anything we have ever seen.

Scientists are calling the developing, and in some cases already unprecedented, El Niño the Godzilla El Niño. (1) Current projections of a record-setting El Niño would be bad enough - except what other scientists are calling "the Blob" will be involved as well. The Blob is unprecedented warmth in the North Pacific. At the least, we are very likely in for a big new global temperature record.

An El Niño advisory continues in effect with a 95 percent certainty it will persist through the spring. The average surface temperature in the El Niño region of the equatorial and South Pacific continues to be above the 2 degrees Celsius warmer than average criteria for a strong El Niño. (2)