Posted by Julianna_C on Monday, 05 October 2015 in Animals 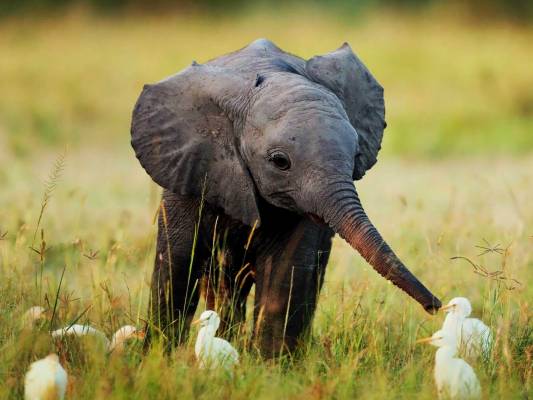 Leading conservation charity World Animal Protection has renewed its plea for the tourism industry to put an end to abusive elephant rides and shows, calling on leading travel brands to join the growing list of companies who are opposed to the practice.

Making the call on World Animal Day, the charity says 63 travel companies have now signed up to its elephant-friendly tourism pledge, signifying a major shift in attitude in the industry.

According to World Animal Protection, elephants used for rides and performances have to endure a high degree of suffering in order to be trained. Baby elephants are separated from their mothers at a young age, isolated, starved and beaten in order to break their spirits in a training method known as “the crush”. It is estimated that 3,000 elephants are suffering in captivity today in entertainment venues across Asia and southern Africa.

Many elephant parks offer rides to tourists, while some force the elephants to perform tricks in shows or pose for photos or selfies. Elephant safaris are a common feature of holidays in countries like Thailand, but the charity want to make clear: “there are no cruelty-free elephant rides”.

Kate Nustedt, international director of wildlife at World Animal Protection, said that in the last month alone dozens more companies have signed up, which is a “a strong signal from the travel industry that it wants change”.

“It’s definitely the start of a shift,” says Nustedt. “We’re changing the attitudes of the industry in terms of animal entertainment. Once people see what happens behind the scenes at these venues, they don’t want to be involved with it any more.”

Among the major brands that have signed the pledge so far are TUI Travel in Belgium and the Netherlands, and The Travel Corporation. Individual companies include Intrepid Travel and World Expeditions.

Brett Tollman, chief executive officer of The Travel Corporation and co-founder of the TreadRight Foundation, said: “We are proud to collaborate with World Animal Protection in the interests of ensuring the industry embraces animal-friendly tourism and strengthens wildlife protection.”

World Animal Protection also hopes that the Thomas Cook group - one of the biggest names in travel – will make a wide-reaching commitment to the cause. This week Thomas Cook agreed to stop selling elephant rides and shows in its northern Europe markets and the charity is calling on the company to now sign the pledge and extend this across its global markets.

“Thomas Cook is the oldest and best known name in travel,” says Nustedt, who describes the company’s current position as “contradictory”. “Over 22 million customers choose to travel with them each year, with sales of over £8.5bn, demonstrating the importance it could play in stopping the promotion of elephant rides.”

Signing the pledge means the company acknowledges the cruelty involved in using elephants for entertainment and that they commit not to sell, offer or promote venues involved with this kind of attraction.