Posted by plantitfilm on Tuesday, 19 January 2016 in Biofuels

California natural gas leak just one of thousands across country 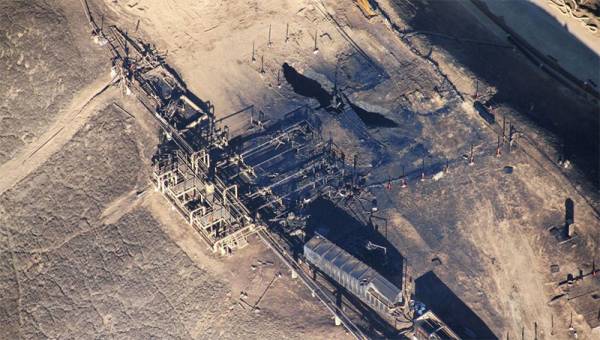 Methane, the primary component of natural gas, is a dangerous greenhouse gas, accelerating global warming. Cost-effective, proven technologies are available to cap emissions from the oil and gas industry, but federal regulators have yet to take comprehensive action.

But what could not be seen — at least to the naked eye — was a colorless cloud spewing from a leak in storage well No. 25.

The fissure at the Southern California Gas Company site, which began in late October, had been sending an estimated 100,000 pounds of methane into the air each hour.

“It’s pretty alarming when you see that much is just dumping into our air,” said Sharon Wilson of the nonprofit EarthWorks, which took aerial pictures of the leak at the SoCal Gas site. “There’s an awful lot of this stuff going into the air and these videos show it.”

Methane, the primary component of natural gas, is an invisible climate change “accelerant” — warming the earth at 84 times the rate of carbon dioxide over two decades.

Thermal cameras have recorded the emissions at Aliso, but the climate damage done by the unprecedented leak will be harder to track — and may extend to the furthest reaches of the globe.

“It’s a big, big deal,” said Dr. Steve Conley, atmospheric scientist at the University of California, Davis. “Every month, it’s the weight of an aircraft carrier.”