Posted by ep-admin on Friday, 11 March 2011 in Environmental Heroes 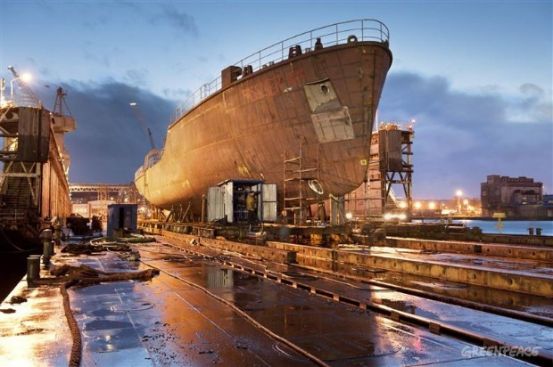 Greenpeace is building "the world's first ever purpose-built environmental campaigning vessel."  And to help raise the cash needed to finish the project, they've deployed what is arguably the coolest interactive flash website any environmental non-profit has ever used.

The Rainbow Warrior name has been at the center of Greenpeace's direct action campaign at sea for over thirty years. The original Rainbow Warrior, a fishing trawler that Greenpeace acquired in 1978 was later bombed by French agents in Auckland, New Zealand in 1985.  It was replaced by the Rainbow Warrior II in 1989, which led dozens of environmental campaigns over the following decades, from blocking access to coal ports to harassing illegal tuna fishing operations. But the Rainbow Warrior II was also an old fishing vessel and in recent years it became increasingly expensive to keep the battle-weary boat in good condition.

Unlike its predecessors, the nearly 200-ft. Rainbow Warrior III was designed with sustainability as its guiding principal. It is primarily a wind-powered vessel with a diesel engine for back up and an on-board biological sewage treatment plant.

Greenpeace's digital campaign for A New Warrior, headed up by French agency DDB, feels more like a video game than your standard internet fundraising effort. The driving strategy behind the campaign is that the entire boat is available for sponsorship, piece by piece. And because the boat is presented in a rich digital format with precise imagery, donors can pinpoint an exact spot or part of the boat they wish to sponsor, click on that spot and pay for it.

After entering the site (you can skip the quick intro video but it provides some good context and history), you can toggle between three external 3-D views of the boat and drawings of each of the decks. After playing around for a bit you'll find that you can see the entire boat from virtually any perspective, both inside and out, even from under water, where the dramatic drum beats and helicopter sounds give way to soothing rhythmic pings and ethereal underwater music. Zoom in to the drawings layer and the soundscape is filled with the sounds of creaking shipboards and bubbling water.

Scroll over the boat and you will see through the boats walls and into its guts. From that point, you can examine the boat drawings and hone in on a part of the boat you wish to sponsor, from expensive communications equipment on one end of the spectrum all the way down to a centimeter of mast on the other. Although you technically won't own that piece of the boat (Greenpeace specifically points this out), you do get some kind of certificate and your name will be carried somewhere on the boat itself. Check out this video overview of the interactive experience from the French sound designers, Panarama:

I'm not much of a gamer, but with features like an "x-ray" view of the inside of the boat, a full set of architectural renderings of the entire boat just a couple clicks away, and looped soundscapes with dramatic music and sound effects luring me in, it was hard to resist getting into some kind of action. And any fundraiser or event organizer will tell you that getting people in the door—whether it is real or virtual—is often the hardest step.

Greenpeace hopes the digital feature, which just launched two weeks ago, will inject some vitality into fundraising efforts which still have quite a way to go. So far, Greenpeace has raised 31 percent of the $32-million needed to build the boat, which is currently under construction in Germany and scheduled to be completed in October 2011. But when that time comes, Greenpeace says the new Rainbow Warrior will enable the environmental activists to  "take action more often, more effectively and in more places around the world than ever before."