Posted by ep-admin on Saturday, 11 December 2010 in Sustainable Development 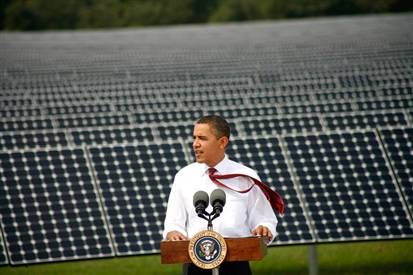 but now is the time to see what can learn from what happened.  For one thing, it wasn’t very good in the first place. As David Reberts notes over at Grist, the fact that a bill didn’t pass really isn’t a result of a failure on the part of the youth climate movement to make enough noise as much as it is a result of the elected officials just not understanding the implications and benefits to our economy that a bill could bring.  Even more telling is how Roberts also points out that the bill didn’t pass even though it was severely compromised:
“As it happens, extraordinary measures were taken in every iteration of the climate bill to protect Midwestern coal states: free pollution permits, consumer rebates sufficient to make the working and middle class whole, massive subsidies for CCS development, support for trade-exposed industries, pork for nuclear, on and on. The architects of climate legislation went to almost comic lengths to accommodate the substantive concerns of coal state senators. Coal utilities supported the damn bill!”

Coming out of all this, for the first time in quite some time, I am actually excited in the response the Obama Administration has started to take on climate. It is like some sort of super efficient L.E.D. light bulb clicked over in Washington D.C. this week.  In the past week, the White House held a conference call with youth environmental leaders, declared that solar hot water & photovoltaic panels are going up on the White House and the Department of Interior announced 750 MW of solar installation on public land.  Even more important than all of this is President Obama’s declaration that 2011 is the year that his administration will make significant headway on climate and energy.

To truly build a clean energy economy, it is of my opinion that we need to open up the technology for every community and individual to have the opportunity to directly participate in said economy.  A great example of what this could look like is written about in Billy Parish’s recent piece in Huffington Post, describing one of the first community owned solar projects in the country.  The project involved a community in Maryland where residents that didn’t have much solar exposure, got together and formed a company, University Park Community Solar and approached a local church with a large roof and good solar orientation. In exchange for placing solar panels on it’s roof, the church would be guaranteed a long-term low price of electricity.


The only problem was that the community faced numerous roadblocks and regulations that ended up causing the group to take three years to finish the project.

If we want to open up the technology and start making massive steps forward, it is time to consider a Feed-in Tariff (FIT) strategy in the U.S. or in individual states.  A FIT could help projects like solar panels on the White House or the University Park Community Solar Business sprout up faster than possibly any other mechanism.  A Feed-in Tariff  is a policy that allows for the accelerated development of renewable energy systems within a given area. A FIT is based on providing a guaranteed rate that a utility will purchase clean energy back from a local producer, and this rate provides a fair return on investment to that producer, or ownership group, making the project a viable business proposition.

“One of my top priorities next year is to have an energy policy that begins to address all facets of our overreliance on fossil fuels. We may end up having to do it in chunks, as opposed to some sort of comprehensive omnibus legislation. But we’re going to stay on this because it is good for our economy, it’s good for our national security, and, ultimately, it’s good for our environment.”

The strategy President Obama lays out  leads me to believe that we need to be very strategic about the pieces of an energy policy that we as the youth really want in a climate bill.  It is not enough for us to hold signs and meet with our Senators asking broadly for climate legislation.  We need to pick up truly effective policy mechanisms – such as FITs –  become very well educated on the issue, and advocate until we win.

Ultimately, a policy like a Feed-in Tariff is much more important that just setting standards for emissions reductions and quotas for renewable energy & energy efficiency.  A Feed-in Tariff could help usher in a new era of “energy democracy.”  This means that we could even the energy playing field, so it isn’t just the big utilities and energy companies that control electricity, but every American can begin to participate in building a better, cleaner, more exciting and versatile energy system right now.