Posted by plantitfilm on Thursday, 23 August 2012 in Climate Change

Another Record Melt For Artic Melt 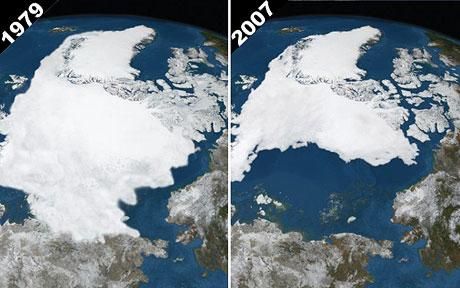 Arctic sea ice has been disappearing far faster than scientists initially predicted. Predictions once focused on sea ice disappearing for a time in the summer by 2100, then it was 2050 or 2040, and now some researchers say sea ice could disappear before the end of the decade. 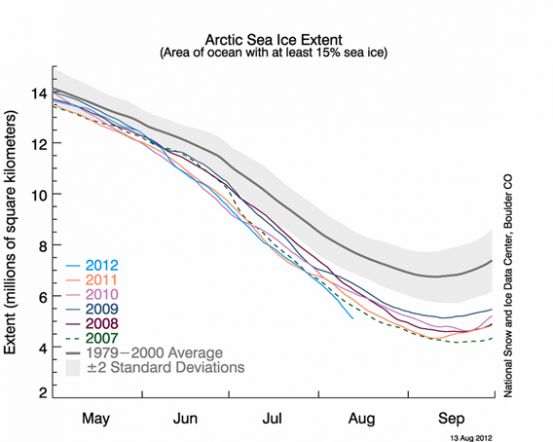 "Everything about this points in the same direction: we've made the Earth warmer," Ted Scambos with the National Snow and Ice Data Center told Reuters. "What you're seeing is more open ocean than you're seeing ice," he said. "It just simply doesn't look like what a polar scientist expects the arctic to look like. It's wide open and the [ice] cap is very small. It's a visceral thing. You look at it and that just doesn't look like the Arctic Ocean any more."
While climate change has warmed the Earth by 0.8 degrees Celsius (1.44 degrees Fahrenheit) since the early Twentieth Century, temperatures across the Arctic have risen at a considerably higher rate, making the region a bellwether for global climate change. Melting sea ice in the Arctic not only impacts the region's ecosystems and wildlife, but also has an impact on global weather. While the sea ice melt heralds vast climatic changes worldwide, many Arctic governments have seen it as an opportunity to exploit the untouched fossil fuel resources of the Arctic.